The Catholic Youth Commission carried out a survey on youth needs. Sexuality, emotions and spirituality of marriage are still taboo in Pakistan. The Synod of Bishops in 2018 will focus on young people. Missionary schools must play a decisive role in building the personality of the students. 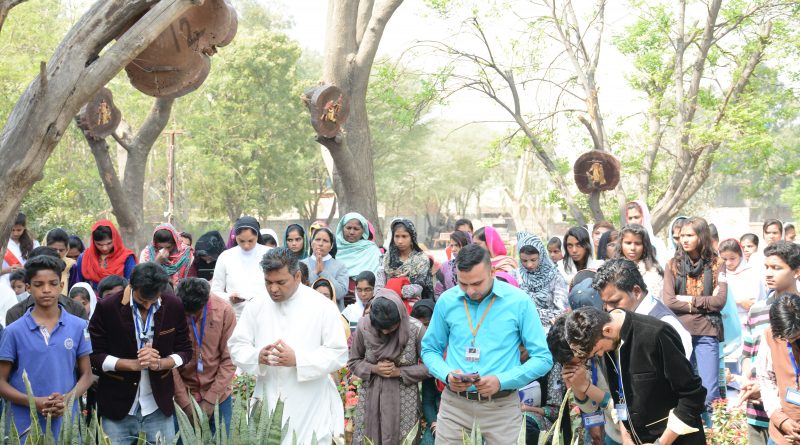 By Kamran Chaudhry
A survey by the Catholic Youth Commission of Pakistan (CYCP) found that one issue young Pakistani Catholics feel they need to know better are Christian teachings on sexuality and personal growth.

These are the most requested topics for seminars or programmes. “The interest has been the same for past four years,” the Catholic leader said.

“Unfortunately,” he added, “neither parishes nor family members extend any guidance given the ultra-religious society we live in. So we invite separate speakers for male and female participants, most of them singles, in all national gatherings”.

The Commission’s survey is part of the feedback gathered each year by members of the Islamic Republic’s six dioceses and apostolic vicariate. It draws a picture of a constantly changing reality to which Church leaders must respond.

Indeed, adolescence will be the main topic of the next internship for educators in Ayubia, in the mountain district of Abbotabad (Khyber Pakhtunkhwa province). Every year, young people from Catholic communities around the country are brought together for one week in July.

The 15th Ordinary General Assembly of the Synod of Bishops will also focus on Young people, faith and vocational discernment in October 2018.

Its preparatory paper looks at how to interpret the desires and emotions of the younger generation, how to deal with their doubts and criticisms, and how to accompany them in life “starting from faith”.

Roderick, who has led the Commission for the past 14 years and has extensive experience in the field, noted that the digital revolution calls for greater awareness, especially among kids.

“Internet has its advantages,” he explained. “Many use it for educational purposes. But there is still a huge number of people whose main purpose is to use social media to find new girl/boyfriends. Texting is now preferred over sports.”

Understanding how to guide youth becomes even more important considering that Pakistan is among the countries with the highest number of young people.

According to the Pakistan National Human Development Report 2016, 64 per cent of the population is under 30. World-wide, Pakistan is in sixth place in terms of population, fifth in terms of young people.

For the Catholic leader, Christian schools must play a stronger role in building the personality of students, especially those from Christian families.

“One daily period of catechism for Christian students is not enough. Church educational institutions should go beyond the basics. Faith formation in missionary schools is still a farfetched idea,” he said.

“Christians are socially one step behind in [Pakistan’s predominantly] Islamic society not only because of lack of opportunities but also because very few make it to higher education”.—Asia News