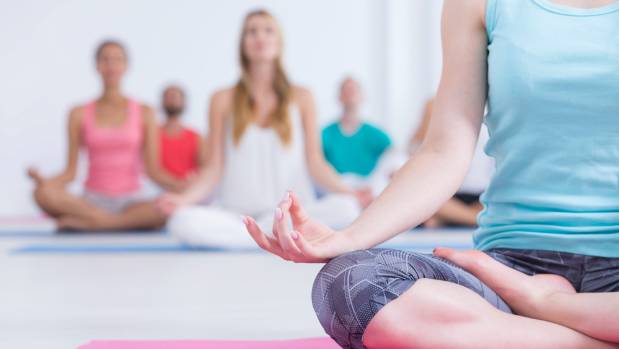 Can you find space amongst the chaos?

Meditation has been used since the dawn of civilisation as a tool for relaxation and to reach a higher level of spirituality. For his first attempt at the practise Stephen Heard sat still for an hour to hone in on the most basic of human needs: breathing.

You could write at length about the different styles of meditation. While most would associate it with sitting cross-legged in harem pants chanting ominous mantras, the simplest way to bundle it up is: the act of paying attention — particularly on the inward and outward flow of the breath. There are several ways to meditate or self-regulate the mind in everyday life; in the common hip-aligned lotus position, lying on the floor, holding a green smoothie, and even while being active. However you do it, the important thing is the process of blocking out distractions to effectively be ‘in the moment’ — something they also call ‘mindfulness’. Wellness coach and meditation teacher Ashley Hunt says there is a common misconception that the practise involves shutting off the mind, or stopping thoughts completely. «All we are trying to do when we meditate is slow things down and create a little bit of space amongst the chaos.»

GIVING IT A BASH

If you thought there was only one way to breathe, you’d be wrong. As discovered from an introductory lesson with Ashley there are several techniques to efficiently pump air in and out of your body. There’s diaphragmatic breathing, a style of deep inhalation where you blow your stomach out like a balloon; the three-part variation where you start the breathing cycle in the stomach, work it through the lower chest and into the upper chest; the alternate nostril technique (or Nadi Shodhan) where you inhale through one nostril and exhale out the other; Kapalabhati (or skull-shining breath) that features fast and forceful exhalations through the nose to release stress and energise; and Microcosmic Orbit, that involves pressing the tongue against the roof and floor of the mouth between breathes.

READ MORE:
* Why meditation and mindfulness are more than a wellness fad
* The best meditation apps for any personality in 2017
* Is meditation as good as a holiday? It’s better, a new study finds

To practice our new skills and relax further, the second half of the class was devoted to guided meditation. After finding a comfortable position — lying down or sitting against a wall — Ashley led the class through deep elongated breathing while suggesting techniques for deeper focus; a routine of counting to four was introduced, and exhales were drawn out longer than inhales. Despite falling off my cloud a number of times, the 20-minute guided session felt more like 5. And when sitting up at the end, a tingling sensation swept across my body — either a sign I had entered a new frontier, or perhaps just pins and needles.

WHY YOU SHOULD TRY IT

Transcending to a higher plain shouldn’t be expected in your first attempt; the process takes practise, patience and dedication to perfect. At the least, you should be happier and calmer after a session. Ashley says that simple mindfulness practices have the power to make a huge difference in your life. «The benefits of meditation are vast, spanning from physical benefits that you will notice straight away, such as more energy, increased focus and productivity, improved mood and reduced stress and anxiety, to more long term health benefits which include reduced blood pressure, lower risk of heart disease, relief from IBS and even treating depression.»

As expected, there are no risks involved and anyone can practise the discipline. Those intending to use meditation as treatment for specific conditions should speak to a medical professional first.