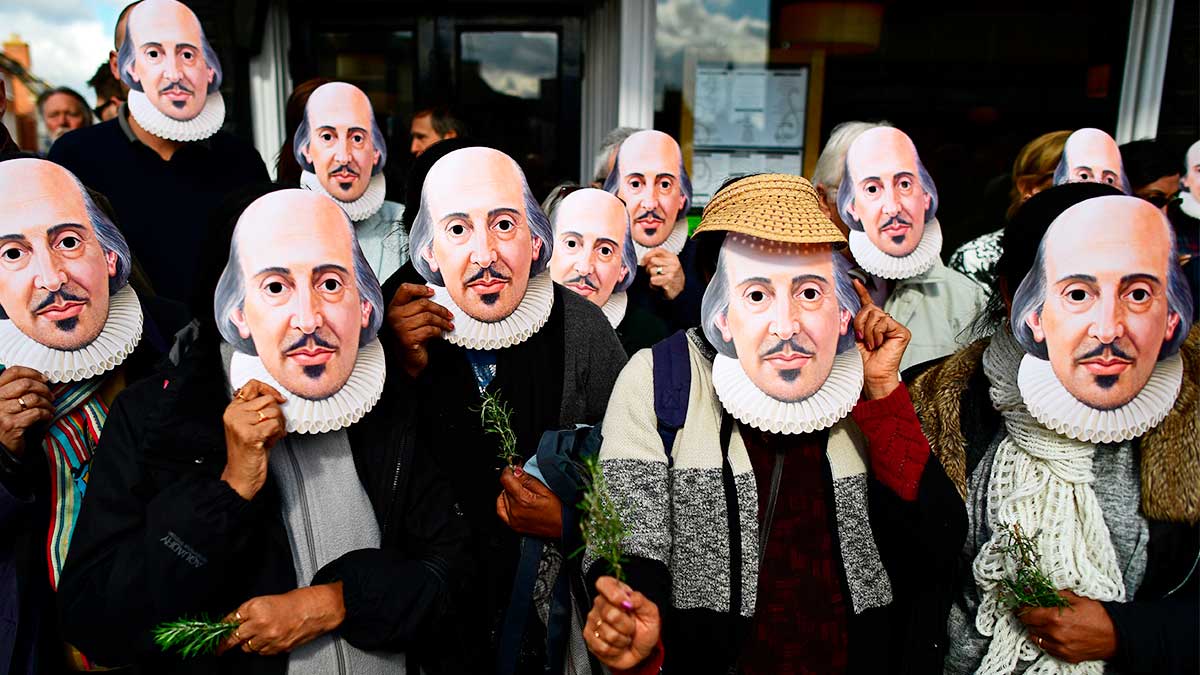 Norman Mailer once wrote that there is a cruel but just law of life that says we must change or pay an increasing cost for remaining the same.

As a leadership scholar teaching in a business school, I encounter leaders daily for whom this “law” is a very real and disquieting one. They know what will happen if they don’t make the changes to their businesses, but they are not so sure what they should do to support those changes. Is it about learning how to run more effective team meetings? Or how to be better listeners? Or adopting a different leadership style to bring about a shift in organizational culture?

While there is no formulaic answer to these questions, there are some fundamentals without which no amount of skills development is ever going to work. One source of insight into what these fundamentals might look like is the work of an author whose work has never been out of print for over 400 years: William Shakespeare.

In the opening chapter of his book Shakespeare: The Invention of the Human, Harold Bloom, who has taught Shakespeare at Yale for 30 years, suggests that before Shakespeare, characters in plays would unfold but not necessarily develop.

If a character merely unfolds, we intuit correctly that we already know all there is to know about them when they first appear onstage. Their authors have robbed them of the one quality that would make them interesting: the capacity for self-enquiry that might reveal something unexpected not only to us but also to themselves. They teach us little because they cannot surprise us, essentially because they cannot surprise themselves. This is the real-world equivalent of the manager who comes out of a feedback session and thinks, “Nothing new – the same feedback as I have heard before,” and then says to themselves, “I guess I am what I am!” or “I have my way of doing things, and some people like it and some people don’t.”

Shakespeare does not let us off the hook so easily. He shows us that we are not simply who we say we are, but instead are made up of many conflicting and unknown parts. As Bloom puts it, Shakespeare’s characters develop because they have the ability to overhear themselves talk, either to themselves or to others, and are thus able to reconceive themselves. By endowing his characters with complex inner worlds, Shakespeare treats us, 400 years before Freud, to virtuoso displays of what to the modern ear sounds very much like self-discovery. There is not one Hamlet but many. After learning of his father’s murder, he discovers in soliloquies of stunning intensity that he cannot bear to remain as he is. So tortured is he by his inner conflicts that he considers, in perhaps the most famous soliloquy in all literature, the pros and cons of suicide (“to be or not to be”).

We are mesmerized — not simply through the beauty of the language, but because we realize that he is hearing these things for the first time. And no matter how many times we see the play, we never tire of it, because it is at such moments that Hamlet, while in real danger of unraveling, is at the same time exquisitely vulnerable and thus truly human.

Shakespeare shows us through Hamlet and other characters not only the sine qua non of human development — that in order to change ourselves we must first discover ourselves — but also what that development sounds like, looks like, and feels like. He shows us that it is the moment when Hamlet is so close to falling apart that he is able to fall together. In like fashion, the young Prince Hal, in Henry IV, Part 2, on becoming king, shuns his former companions (“Presume not that I am the thing I was”) and begins his extraordinary transformation from profligate prince to King Henry V, hero of Agincourt.

For us, far away from the dramatic intensity of fictional characters, the point is not that we can change only if we contemplate killing ourselves or turn our backs on our friends; change is rather about moving toward, rather than away from, the anxieties that powerful external challenges provoke in our internal worlds. Hamlet was able to face his own inertia and cowardice; Hal was able to confront and thus transcend his dissolute lifestyle and embrace a new identity fit for a king. But both were possible only after the characters became willing to discover what lay within.

Shakespeare teaches us moderns that in the face of an uncertain world, self-awareness — that much-vaunted leadership quality — is only worthy of the name when it is revelatory. And it can only be revelatory when we are willing to concede that we know ourselves only partially.