We’ve all had those days when work drags you down, bills seem to be coming out of your ears, and life tends to get a little too much. Somehow, you need to relax and find serenity in and amongst the chaos, and that’s where this charming puzzler comes in. It may be simple in principle, but Semispheres is the perfect game to bring you down from a particularly rough day at the office.

It’s a game of symmetry, and each level has two puzzles stood opposite each other on screen, one orange coloured and one blue. The aim of the game is to get the orb in each puzzle to an escape portal located elsewhere within that puzzle. The controls are simple, relying on moving your orb as the only command necessary. Using the left stick moves the orb on the orange puzzle on the left, and moving the right stick does the same for the blue on the right.

As you move around the puzzles, there are certain obstacles to get past, such as guards with an allocated field of vision (guards that are other balls of light, albeit with an unstable glow). Sometimes, the only way to the escape portal is moving past these, but without the help of some of the abilities, or the orb you’re controlling on the other side, it can be difficult to proceed. 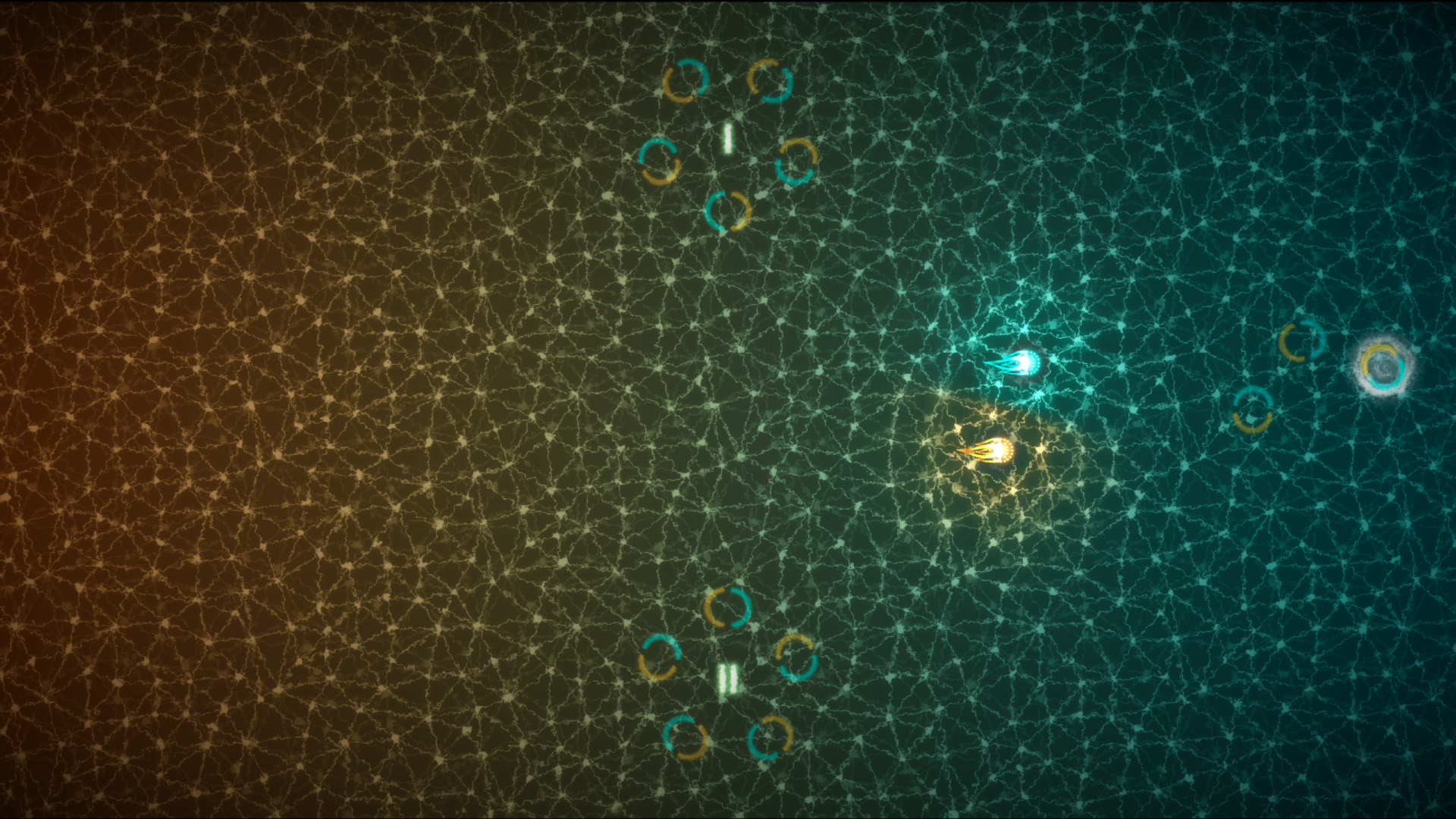 You can collect a range of abilities to use on both puzzles; making a soundwave gets the guard to move from its spot and investigate, which’ll give you an option to move past if there is the space. Another ability is a portal, and if say, the blue orb makes a portal, they can appear visible in the other puzzle on the other side of the screen; however, the orange guard won’t be able to see you. This means you can provide a distraction for the other orb in the other puzzle, allowing them to get through and reach the escape portal.

The game does get tricky as you move forward, but the intriguing story element makes you want to progress. The puzzles themselves offer no kind of plot, but after completing one of the pockets of stages, a selection of storyboards pop up revealing sketches of a boy and his robot; as you complete more puzzles, more of the story unlocks and you’re introduced to a story you never expected; it feels very hidden and unobtrusive, but it’s these subtleties than provide such a pleasant surprise.

Controlling both orbs at the same time can be tricky, and occasionally you can get confused with what you’re doing, but Semispheres eases you in and allows you to take as much time as you need. The music is soothing, and features elongated synths that give the experience a layer of calm you may not have been expecting when you start. Its score is written by Sid Barnhoorn, and being a huge fan of The Stanley Parable’s music, I was pleased to hear his soundtrack for Semispheres.

The visuals are simple, but entrancing, and the vibrations on the screen are almost hypnotic; pairing that with the soft, relaxing music and you’re likely to fall into a peaceful sleep. There seems to be inspiration from games like Portal – not just for the colours, but for the portal physics and general respect for the player’s intelligence. It always feels challenging, but you’re never struggling for hours on end with one puzzle; you learn as you play, and Vivid Helix have a good grasp on its difficulty spikes.

If you’re looking for something to take you away, challenge you, and provide you with a peaceful hour or two at the same time, Semispheres is the perfect game for you. It’s smart, serene, and has some great puzzle designs, along with a sweet story that unfolds after every five puzzles or so. The music is glorious, and the design is effective in its minimalism, providing a nice surprise for even the greatest puzzle solvers.