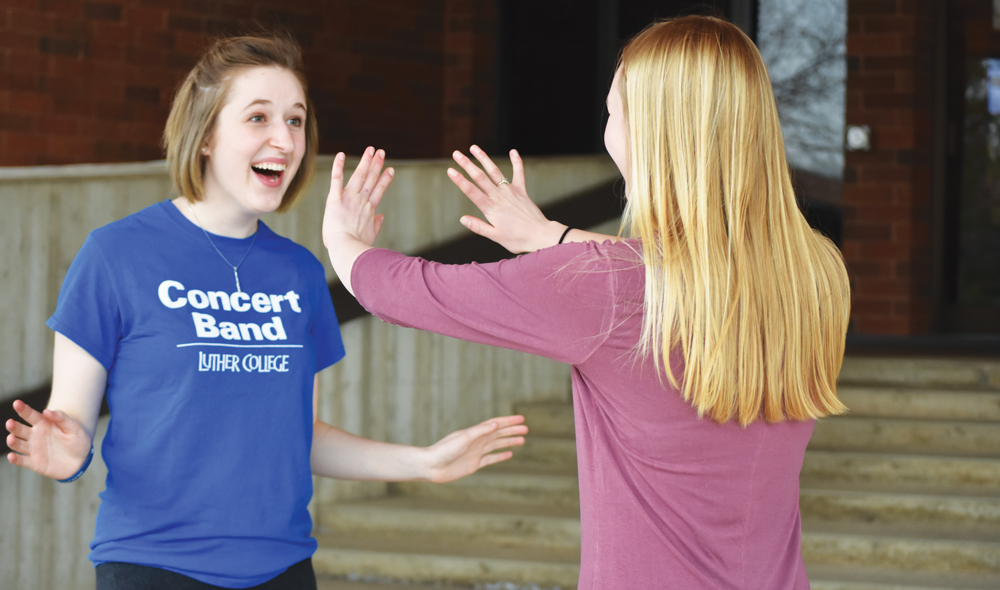 Kathy Salazar (’17) created an Alternative Medicine club with the help of Doctor David Gehling from Decorah Chiropractic in hopes of providing students with information on alternative medicine.

“The club began because I’ve had great experiences with alternative medicine,” Salazar said. “I wanted other people to know that it’s another option along with traditional methods of medicine.”

The alternative medicine club will meet approximately twice a month. The first meeting is going to be lecture-based with guest speakers and seminars from Gehling. The second meeting of the month will be a hands-on learning experience with alternative medicine.

“Meetings will consist of Gehling coming and speaking, maybe bringing some of his equipment too,” Salazar said. “He also suggested heading into the labs to work with some anatomical structures. He wants people who are going into medicine to understand that when patients come to them with questions about alternative medicine that they can say that ‘Yes, this is real and it works.’”

A January term class for first-year students allows students to explore the world of alternative medicine. Students, such as Alexis Olson (‘20), learned how to reverse a human’s natural energy, how to use herbs to help remedy illnesses, and different points on the body that can be massaged to counter chronic pains.

“It was fun to explore different therapies that I’d never heard of before,” Olson said. “I had so much fun in this class, and I actually use the remedies that we were provided in class.”

One of the techniques Olson learned in class is reversing someone’s energy.

“The purpose of reversing energy is to stay focused,” Olson said. “It also helps maintain someone’s positive energy flow and recharge yourself.”

“Basically this club would be a resource for students,” Salazar said. “You don’t get this kind of exposure in Decorah, IA. It’s made my life better, honestly.”

In other parts of the world, these alternative medicine practices are commonly used in everyday life. Current members were drawn to the club for many reasons.

Another focus of the group is to help medical students to expand their knowledge of different treatments, therapies, and remedies outside of the traditional methods. These include home remedies that are easily accessible to all people.

“I think, especially for pre-med students, Luther prides itself on having a very well-rounded community,” Ogoy said. “This is just another way for people to discover new methods for treatments.”

“Not only will this club be super helpful, especially to college students but it can help people find other career options through the club,” Salazar said.

Items such as acupuncture, chiropractic practices, cleansing diets, holistic healing, spiritual healing, herbs and oils, and meditation can all fall under the category of alternative medicine.

“Students would be using these skills on a day-to-day basis,” Salazar said. “It helps with stress and daily pains, it’s super useful.”