It is a meditation already beloved by Hollywood stars and yummy mummies, and now a study has found mindfulness really does reduce stress.

The Buddhist philosophy holds that the problems and worries of everyday life can be eased by paying greater attention to what is happening in the present.

An eight-week course of mindfulness was found to lower levels of stress hormones which can lead to high blood pressure.

People asked to give a demanding presentation in front of clipboard-wielding people in white lab coats found the experience far easier to cope with.

Scroll down for video 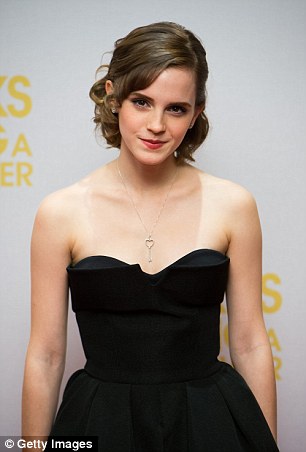 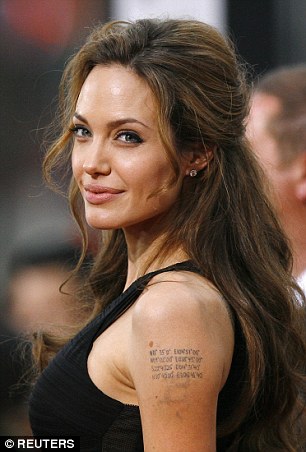 Mindfulness, championed by Hollywood stars Emma Watson and Angelina Jolie, worked better in a trial of 89 people than conventional stress-busting tactics, which include time management, eating better and exercising more.

The study’s lead author, Dr Elizabeth Hoge of Massachusetts General Hospital, said: ‘This is not just a fad, it has been around for thousands of years in Buddhist countries, and we have found it helps people in a very practical sense.

‘We think it works because it helps people create a little bit of distance between their thoughts and themselves, seeing that their worries will pass.’

The research, published in the journal Psychiatry Research, included 89 patients with generalised anxiety disorder – a condition of chronic and excessive worrying. They were randomly divided, with half taking an eight-week mindfulness course.

In two-and-a-half-hour sessions, these people went through the three main tenets of mindfulness, first focusing closely on their breathing and then different parts of their body, before doing some gentle Hatha yoga stretching exercises.

The meditation was followed by ‘homework’ such as eating a meal mindfully by focusing on every bite.

When tested for levels of adrenocorticotropic hormone, triggered by stress, their levels were lower than the other half of the group.

These people had done a more traditional stress management course over the eight weeks, involving advice about how to use their time, nutrition and sleep, with recorded tapes to take home. 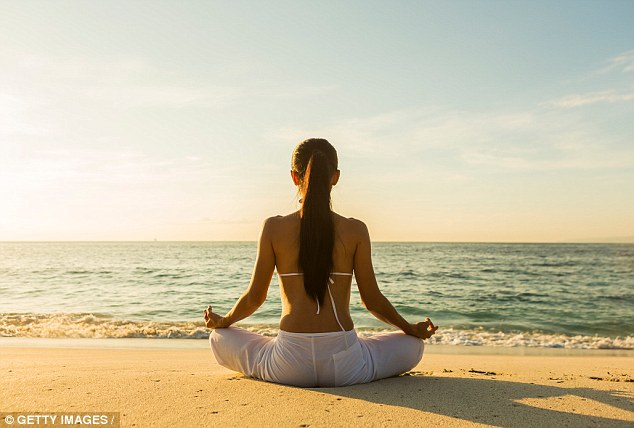 Mindfulness worked better in a trial of 89 people than conventional stress-busting tactics, which include time management, eating better and exercising more

The researchers found the mindfulness group were also better able to cope with a stressful short-notice eight-minute public speaking task in front of a panel of people wearing white lab coats, taking notes and holding a large video camera, followed by a five-minute mental arithmetic test.

Dr Hoge said: ‘We were testing the patients’ resilience, because that’s really the ultimate question – can we make people handle stress better?’

Resilience is defined as the ability of individuals to adapt successfully to acute stress and adversity, maintaining a state of psychological wellbeing or returning to one rapidly.

This is not just a fad, it has been around for thousands of years in Buddhist countries, and we have found it helps people in a very practical sense.
Dr Elizabeth Hoge of Massachusetts General Hospital

The people who meditated also had lower levels of inflammatory reaction to stress in the body, which can lead to type 2 diabetes.

The findings avoided having a placebo effect, as both groups of people were given stress management courses and did not know which were of interest to the authors. They were also measured for stress before the interventions.

Mindfulness may have existed for centuries, but testing its effectiveness has previously proven difficult.

One previous study showed that mindfulness meditation training may cut the risk of relapsing into depression.

However a study by Oxford University found the fashionable technique could affect memory, with people performing worse in tests after a 15-minute mindfulness session and even falsely imagining items within the test.

Dr Hoge said: ‘Mindfulness meditation training is a relatively inexpensive and low-stigma treatment approach, and these findings strengthen the case that it can improve resilience to stress.