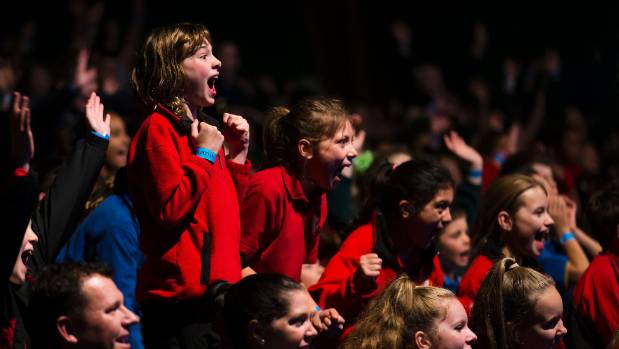 Palmerston North’s youngest and brightest are being motivated to reach for the stars, as a leadership day rolls into town.

Central Energy Trust Arena was packed with about 2000 school children on Monday for a National Young Leaders Day event.

An array of guest speakers, including company executives, actors and sporting stars, shared stories with pupils and encouraged them to reach their full potential. 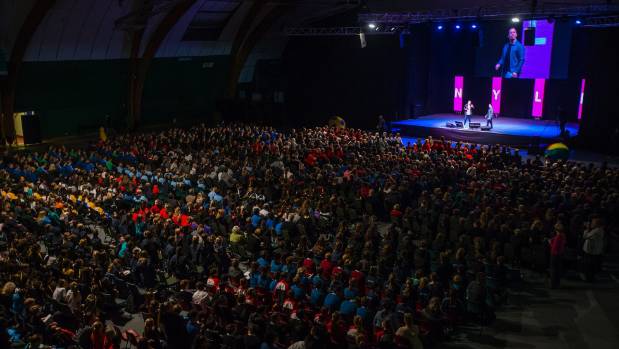 Children from all over Manawatu attended the day.

“It’s not just about [careers]. It talks more about you as a person and growth, and what you can do in your own life and your own community, and in the whole world.”

She also thought it was great for both young boys and girls to hear from an influential female speaker, Trina Tamati, who was the former chief executive of the NRL Auckland Nines.

Although Taihape was a small town, there was a lot of potential for pupils to take up leadership roles and contribute to their community, she said.

After listening to Shortland Street actor Aaron Jackson, Emma said she felt inspired to become an actor too.

Twelve-year-old Taihape pupil Kierah Hay-Martin said she felt motivated and wanted to take her ideas from the event back to school to work on them.

Organiser Te Waka McLeod said the event aimed to give school-aged children positive messages about personal growth, leadership and giving back to their community.

Last year, five young girls felt inspired after the event and created a programme to save dolphins, which raised about $700, she said.

McLeod said there were a lot of false or “perfect” images in society that could influence children. But really, children needed to be encouraged to be the best version of themselves.

About 12,000 pupils are expected to attend the range of events this year.