Saltar al contenido
Be it Coldplay or Parikrama, many iconic music bands were formed in college. And the audience for college bands is not limited to college fests, with many performing live gigs to get exposure and feedback from a wider crowd. But members of Delhi’s college bands tell us that it is not very easy to get a gig in the capital, and it is Gurgaon that is more welcoming. They say that while Delhi prefers the dance tunes of DJs, Gurgaon prefers to relax while listening to live performances. 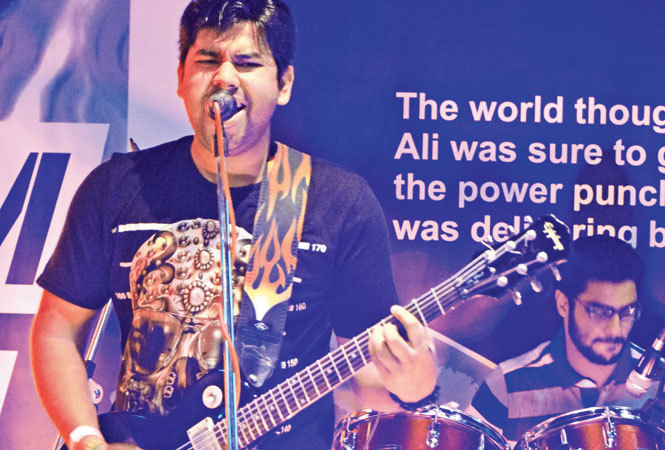 ‘Delhi wants DJs, while Gurgaon prefers live bands’
Gurgaon, with its corporate crowd, wants to relax and have a good time after office, instead of dancing to the tunes of a DJ, like Delhi, say Delhi’s college bands. “In Hauz Khas or Connaught Place, one can find more DJ and karaoke nights. While in Gurgaon, people want to listen to a band and just relax,” says Sagar Hirani, band member of Knight Shades from Ramjas College.

‘More opportunities in Gurgaon because of Cyber Hub’
The college bands also say that since Cyber Hub is one spot for so many venues, there are more opportunities as well. “The pubs are frequented by corporate employees. And after a hectic day of work, they want to just relax and listen to good music, which is not always the case in Delhi,” says Sagar.

“Not just pubs, Gurgaon also has more live band-centric events as well. These are usually corporate events,” says Manav Toshi, a member of Dhriti, a band of Bhaskaracharya College of Applied Sciences students. 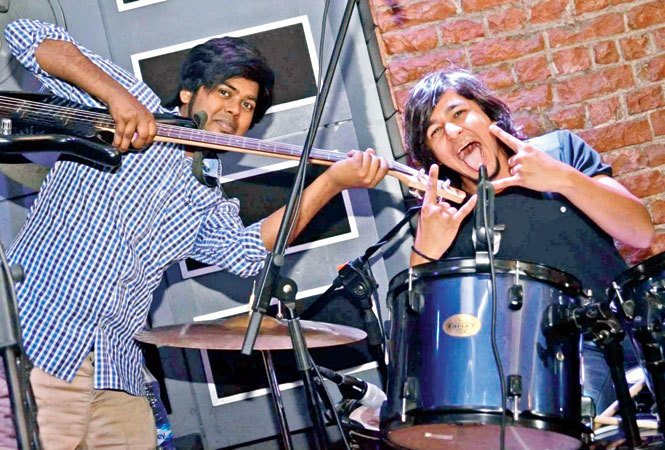 ‘Delhi has almost lost the band culture while Gurgaon still has it’
Till a few years ago, clubs and cafes in Delhi would organize band performances often, which was not the case in Gurgaon. “The scene is completely different in Gurgaon now. While Delhi has almost lost the band culture to DJs and Bollywood nights, Gurgaon has managed to encourage it. Even when we perform in Delhi, the crowd is not as energetic as Gurgaon’s. In Delhi, people usually prefer club-hopping, while in Gurgaon people stay in one place and relax,” says Ajay Kumar, a band member of 6ix MHz of PGDAV College. 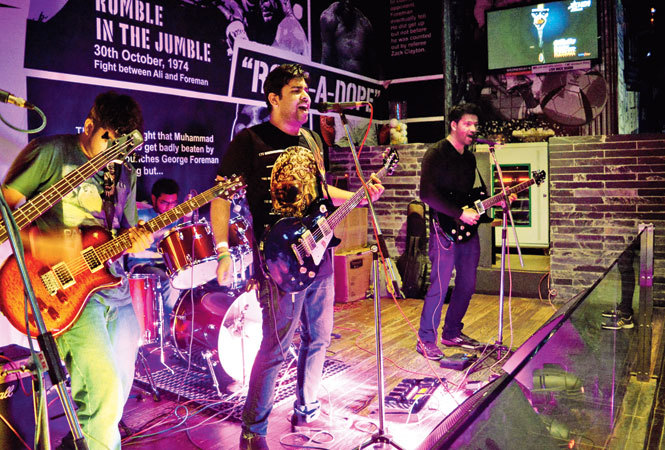 We prefer live bands: Gurgaon restros
Joy Singh from Raasta says, “We always give preference to live bands. And we have all kinds of music playing here, not just Hindi and Bollywood. In Gurgaon, the crowd is more open to new forms of music. After a day’s work, they go to clubs to unwind, not to party and dance. In Delhi, most people want to go out and party. We are planning to have more college bands performing here.”

Inderjeet Banga, owner of Prankster in Sector 29, says, “We are soon going to start ‘campus nights’ at our restaurant to give chance to more college bands to perform live. The theme would be the music of ’60s and ’70s, something that goes with the concept of our restaurant. In Gurgaon, most places that have live performances, the music is according to the theme of the venue. That makes a difference, since in Delhi, most places just follow what is popular. For example, if Sufi is popular, all places will have Sufi nights. Also, in Gurgaon, people go out to chill, sit and relax. They pay attention to the music and don’t just want to party all the time.” 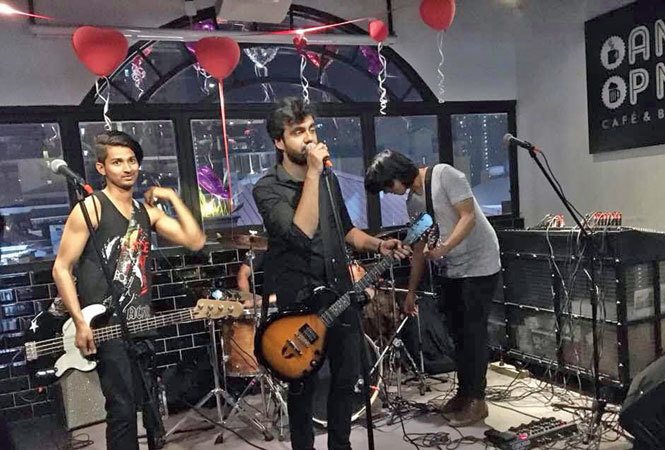 A member of the band Lost Icon from Kalka Dental College, Meerut

The crowd in Gurgaon is open to different genres of music: College bands
Tushar Kapila, a member of Functional Hazard, formed by students of Tecnia Institute of Advanced Studies, says that Gurgaon is more open to college bands because the crowd is open to new experiences. “In Delhi, there are so many bands that it is difficult for new bands to find a place in the local music circuit. Plus, in Delhi, people enjoy either EDM or Bollywood, so if you are not playing either of these two, then you are not really welcomed. In Gurgaon, people are more mature, open to different genres of music, and they give new bands a chance,” says Tushar.

Ishan Bhardwaj, a member of Lost Icons, a band formed by students of Kalka Dental College, Meerut, adds, “The crowd in Delhi and Gurgaon is completely different from each other. In Gurgaon, there are people who will listen to music and relax, which, I think, makes it easier for college bands to find a gig here.”

Stay updated on the go with Times of India News App. Click here to download it for your device.