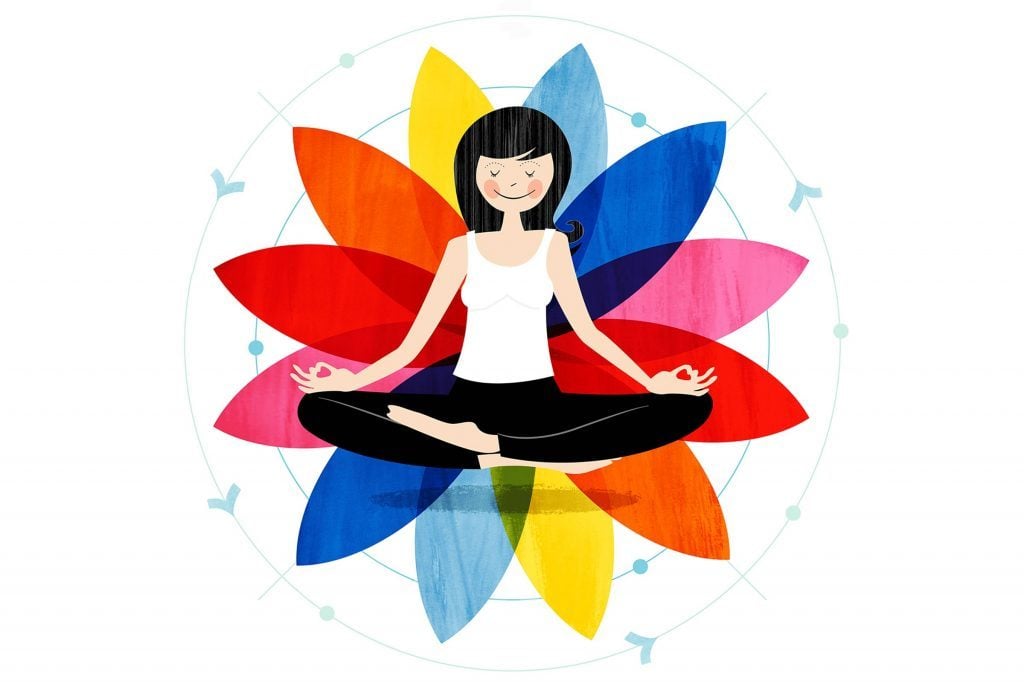 Meditation may seem a world away from biomedical research, with its focus on molecular processes and repeatable results. Yet, at the University of California, San Francisco (UCSF), a team led by a Nobel Prize-winning biochemist is engaged in serious studies hinting that meditation might slow aging and lengthen life.

Elizabeth Blackburn has always been fascinated by how life works. She was drawn to biochemistry, she says, because it offered a thorough and precise understanding “in the form of deep knowledge of the smallest possible subunit of a process”.

Working with biologist Joe Gall at Yale in the 1970s, Blackburn discovered a protective cap on the chromosomes of a single-celled freshwater creature called Tetrahymena. The caps, dubbed telomeres, were subsequently found on human chromosomes too. They shield the ends of our chromosomes each time our cells divide, but they wear down with each division.

In the 1980s, working with graduate student Carol Greider at the University of California, Berkeley, Blackburn discovered an enzyme called telomerase that can protect and rebuild telomeres. Even so, our telomeres dwindle over time. And when they get too short, our cells start to malfunction and lose their ability to divide—a phenomenon that is now recognized as a key process in aging. This work ultimately won Blackburn the 2009 Nobel Prize in Physiology or Medicine.

In 2000, Blackburn received a visit that changed the course of her research. Elissa Epel, a postdoctoral student from UCSF’s psychiatry department, had a radical proposal.

“I was interested in the idea that if we look deep within cells we might be able to measure the wear and tear of stress and daily life,” says Epel, now director of the Aging, Metabolism, and Emotion Center at UCSF. After reading about Blackburn’s work on aging, she wondered if telomeres might fit the bill.

Epel asked Blackburn for help with a study of mothers caring for a chronically ill child. Epel’s plan was to ask the women how stressed they felt, then look for a relationship between their state of mind and the state of their telomeres. Collaborators at the University of Utah would measure telomere length, while Blackburn’s team would measure levels of telomerase.

Blackburn’s research until this point had involved precisely controlled experiments in the lab. Epel’s work was on real people living real lives. “It was another world as far as I was concerned,” says Blackburn. At first, she was doubtful that it would be possible to see any meaningful connection between stress and telomeres. Genes were seen as the important factor determining telomere length, and the idea that it would be possible to measure psychological influences was highly controversial. But as a mother, Blackburn was drawn to the idea of studying the plight of these stressed women. “You can’t help but empathize,” she says.

Initially they collected blood samples from 58 women divided into two groups —stressed mothers and control. The results were crystal clear. The more stressed the mothers said they were, the shorter their telomeres and the lower their levels of telomerase.

The most frazzled women had telomeres that translated into an extra decade or so of aging compared to those who were least stressed, while their telomerase levels were halved. It was the first indication that feeling stressed doesn’t just damage our health—it ages us. “I was thrilled,” says Blackburn.

When the paper was published in the Proceedings of the National Academy of Sciences in December 2004, it sparked widespread press coverage. Robert Sapolsky, a pioneering stress researcher at Stanford University, described the collaboration as “a leap across a vast interdisciplinary canyon”.

Many telomere researchers were wary at first. “This was a risky idea back then, and in some eyes unlikely,” explains Epel. “Everyone is born with very different telomere lengths and to think that we can measure something psychological or behavioral, not genetic, and have that predict the length of our telomeres? This is really not where this field was ten years ago.”

The paper triggered an explosion of research. Researchers have since linked perceived stress to shorter telomeres in healthy women as well as in Alzheimer’s caregivers, victims of domestic abuse and early life trauma, and people with major depression and post-traumatic stress disorder.

“There’s no question in my mind that the environment has some consequence on telomere length,” says Mary Armanios, a clinician and geneticist at Johns Hopkins School of Medicine, who studies telomere disorders.

Lab studies show that the stress hormone cortisol reduces the activity of telomerase, while oxidative stress and inflammation—the physiological fallout of psychological stress—appear to erode telomeres directly. Age-related conditions from osteoarthritis, diabetes and obesity to heart disease, Alzheimer’s and stroke have all been linked to short telomeres.

The big question for researchers now is whether telomeres are simply a harmless marker of age-related damage (like gray hair, say) or themselves play a role in causing the health problems that plague us as we age. People with genetic mutations affecting the enzyme telomerase, who have much shorter telomeres than normal, suffer from accelerated-aging syndromes and their organs progressively fail. But Armanios questions whether the smaller reductions in telomere length caused by stress are relevant for health, especially as telomere lengths are so variable in the first place. 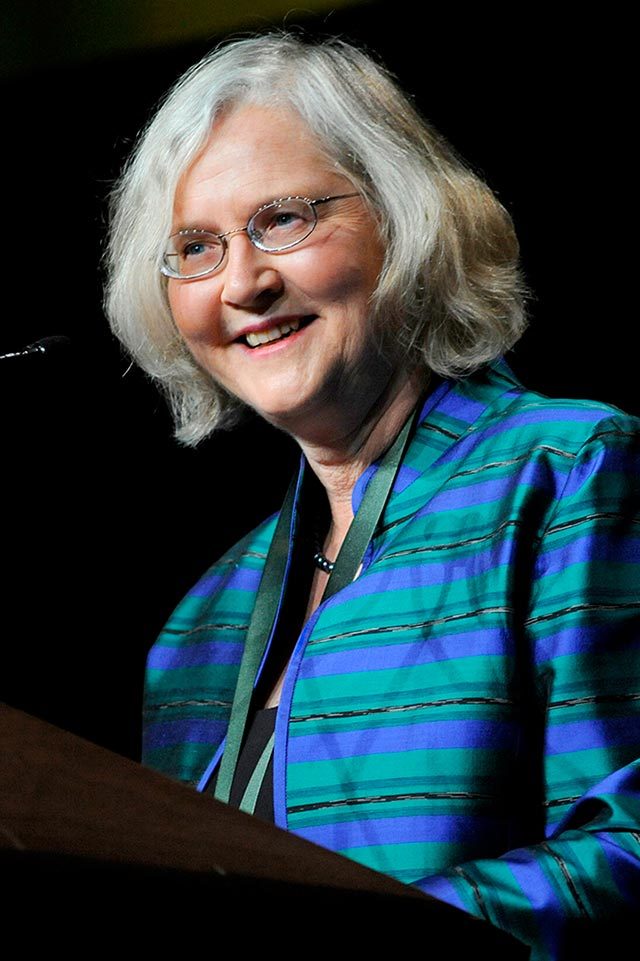 Blackburn, however, says she is increasingly convinced that the effects of stress do matter. Several studies have shown that our telomeres predict future health. One showed that elderly men whose telomeres shortened over two-and-a-half years were three times as likely to die from cardiovascular disease in the subsequent nine years as those whose telomeres stayed the same length or got longer.

Blackburn is collaborating with healthcare giant Kaiser Permanente of Northern California to measure the telomeres of 100,000 people. The hope is that combining telomere length with data from the volunteers’ genomes and medical records will reveal additional links between telomere length and disease, as well as more genetic mutations that affect telomere length. Blackburn says the data, which hasn’t been published yet, shows that as the population ages, average telomere length goes down, but at age 75–80, the curve swings back up as people with shorter telomeres die off—proof that those with longer telomeres really do live longer.

“Ten years ago, if you’d told me that I would be seriously thinking about meditation, I would have said one of us is loco,” Blackburn told the New York Times in 2007.

Yet that is where her work has brought her. Since her initial study with Epel, the pair have become involved in collaborations with teams around the world, many focusing on ways to protect telomeres from the effects of stress. Trials suggest that exercise, eating healthily and social support all help, but one of the most effective interventions is meditation.

In one ambitious project, Blackburn and her colleagues sent participants to meditate at the Shambhala mountain retreat in northern Colorado.

Those who completed a three-month course had 30 percent higher levels of telomerase than a similar group on a waiting list. A pilot study of dementia caregivers found that volunteers who did an ancient chanting meditation called Kirtan Kriya, 12 minutes a day for eight weeks, had significantly higher telomerase activity than a control group who listened to relaxing music.

Theories differ as to how meditation might boost telomeres and telomerase, but most likely it reduces stress. The practice involves slow, regular breathing, which may relax us physically by calming the fight-or-flight response. It probably has a psychological stress-busting effect too, helping us to appreciate the present instead of worrying about the past or future.

“Being present in your activities and in your interactions is precious, and it’s rare these days with all of the multitasking we do,” says Epel.

In general, Blackburn’s methodical approach to the topic has earned a grudging admiration, even among those who have expressed concern about the health claims made for alternative medicine. “She goes about her business in a cautious and systematic fashion,” says Edzard Ernst of the University of Exeter, UK, who specializes in testing complementary therapies in rigorous controlled trials.

Others aren’t so impressed. Surgical oncologist David Gorski, a well-known critic of alternative medicine, expresses concern that the preliminary results of these studies are being oversold. “Nobel Prize winners are not infallible,” he says.

Blackburn attributes this skepticism to unfamiliarity with meditation and its link to spiritual practices. “We’re always trying to say ‘look, it’s preliminary, it’s a pilot.’ But people won’t even read those words. They’ll see the news headings and panic.”

Adds Sara Lazar, a Harvard neuroscientist who studies how meditation changes the structure of the brain, “When meditation first came to the West in the 1960s it was tied to the drug culture, the hippie culture. People think it’s just a bunch of crystals.”

The tide is now turning. Researchers have developed non-religious practices such as mindfulness-based stress reduction and mindfulness-based cognitive therapy, and reported a range of health effects from lowering blood pressure to warding off depression.

Contemplative traditions from Buddhism to Taoism believe that presence of mind promotes health and longevity; Blackburn and her colleagues now suggest that the ancient wisdom might be right. One study of 239 healthy women found that those whose minds wandered less—the main aim of mindfulness meditation—had significantly longer telomeres than those whose thoughts ran amok.

Blackburn’s view is that meditation is a fair topic to study, as long as robust methods are used. She even tried it out for herself, on a retreat. “I loved it,” she says. She says short bursts of meditation sharpen her mind and help her avoid distraction.

One day, information from telomeres may help doctors decide when to prescribe particular drugs. For example, telomerase activity predicts who will respond to treatment for major depression, while telomere length influences the effects of statins.

Blackburn is more interested in how telomeres might help people directly, by encouraging them to live in a way that reduces their disease risk. Conventional medical tests give us our risk of particular conditions—high cholesterol warns of heart disease, while high blood sugar predicts diabetes. Telomere length, by contrast, gives an overall reading of how healthy we are: our biological age. Blackburn believes putting a concrete number on how we are doing could provide an incentive to change our behaviour.

Ultimately, she and Epel want governments to start paying attention to telomeres. A growing body of work shows that the stress from social adversity and inequality is a major force eroding these protective caps. People who didn’t finish high school or are in an abusive relationship have shorter telomeres, while studies have also shown links with low socioeconomic status, shift work, lousy neighbourhoods and environmental pollution. Children are particularly at risk: being abused or experiencing adversity early in life leaves people with shorter telomeres for the rest of their lives.

“It’s now a consistent story that the aging machinery is shaped at the earliest stages of life,” Epel insists. “If we ignore that and we just keep trying to put band-aids on later, we’re never going to get at prevention and we’re only going to fail at cure.”